Show & Tell – Social Media-Data in Research Practice (a look back) 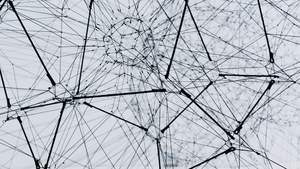 The working group "Social Media-Data", initiated by NFDI4Culture in cooperation with KonsortSWD and Text+ as part of the National Research Data Infrastructure Germany (NFDI), hosted three installments of its lecture series “Show & Tell – Social Media Data in Research Practice” during the summer. Due to the success, the format will continue and welcome BERD@NFDI in its next round in fall.

The lecture series "Show & Tell – Social Media Data in Research Practice" is dedicated to the tools in the field of social media research. Within one hour short input talks should highlight best practices and selected research projects. In addition to pragmatic solutions and technical possibilities (software, interfaces, repositories, metadata standards, interoperability ...), points of focus will lie on ethical and legal barriers in the creation and evaluation of data sets and corpora (personal and individual rights, copyrights), as well as the sustainable, secure and critical handling of them (code and data literacy, FAIR & CARE). Last but not least, we would like to invite you to discuss interdisciplinary research approaches and teaching methods that stress both traditional and subject-specific frameworks and tools. We met on 13th May on the topic of 'Twitter Tools', on 10th June on 'Social Media-Corpora' and 1st July on 'multimodal data handling' ("Immer Ärger mit den Bildern").

The series kicked off with presentations by Carolin Gerlitz (Digital Media and Methods, Universität Siegen) and Johannes Breuer (GESIS, Köln / CAIS, Bochum) under the topic "Twitter Tools: Collecting, Curating and Analysing Data" on 13th May. They focused on software and interfaces for collecting and analysing data sets. The speakers introduced their research with TCAT, Jupyter notebooks, Git and the analysis of Twitter data with R. Presentations were followed by a lively discussion among the participants on data analysis, other plattforms and further projects.

The programme continued on 10th June with a panel on “Social Media-Corpora”. In her lecture "A corpus on language in WhatsApp communication – the Mobile Communication Database (MoCoDa2)", Sarah Steinsiek (Universität Duisburg-Essen) presented tools of data collection and analysis. Not only were the technical interfaces and metadata schemes highlighted, but also the privacy rights of data donors discussed (declaration of consent, pseudonymisation...). Harald Lüngen (IDS – Mannheim) traced the development and analysis of "Social media corpora in DeReKo", in particular using Wikipedia and Twitter sample corpora. Legal barriers to the inclusion of internet-based communication in the German reference corpus were as much a subject here as corpus comparison tools.

The summer semester concluded with three lectures on 1st July entitled “Immer Ärger mit den Bildern” with a focus on the handling of multimodal data. Sven Stollfuß (Universität Leipzig) reported in his input "Social TV and Research Data" on the institutional and production-cultural contexts as well as platform structures and gave insight into his research project right down to research systems, tables and coding. Verena Straub (TU Dresden) presented her current sub-project "Memes as political image practice" and some of the tools she uses in her short lecture "Image protests in social media – methodological challenges for the analysis of image networks". She explained methodological problems in collecting and clustering, in cross-platform comparability as well as in image-scientific analysis. Margarete Pratschke (HU Berlin) showed in her lecture "Uproar. On Challenges of Research on Digital Image Processes and Political Image Events on Social Media" starting points for the analysis of image cultures. In the course, she emphasised and questioned forensic practices from the perspective of form analysis and media culture studies.

All lectures were accompanied by a pragmatic and critical examinations of user interfaces and platform-dependent text-image relationships. The winter semester continues with contributions on Google and Reddit, among others.

PROGRAMME of the lecture series: "Show & Tell – Social Media-Daten in der Forschungspraxis" (in cooperation with NFDI4Culture, KonsortSWD and Text+ as part of the German National Research Data Infrastructure (NFDI))

In fall the lecture series will continue and hosted by NFDI4Culture, KonsortSWD, Text+ and BERD@NFDI.